Vallado Adelaide Tributa is the hidden treasure of Quinta do Vallado. Is a fantastic Port wine that features a very seductive an amber colour brown with greenish nuances, which is a sign that is a Port with many years. With quite rich and complex aromas of dried fruits like figs, almonds and plums and a few hints of spices, always keeping a good freshness and harmony of flavours. 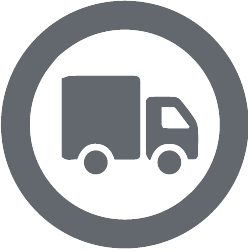 Discover all the Quinta do Vallado wines.

A rich, sublime and concentrated Port, with a well balanced acidity which provides a powerful and long aftertaste. This is a very rare and unique wine that has impressed its producers since the first moment. The Vallado Adelaide Tributa is a Port wine that comes from a batch of five brown wooden casks, which due to the concentration and the environment in which they were resting, it gave origin to just two barrels of 550 lts. This Port was produced in 1866 and aged in oak casks for many years, and has been developed trough the grape varieties of Tinta Roriz, Tinta Amarela, Touriga Franca, Touriga Nacional and Baroque. From Vallado Adelaide Tributa were only bottled 1300 units, which were all numbered. A Port of excellence that will want taste.